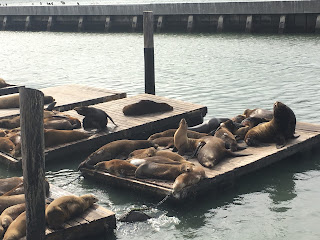 My husband and I went to the San Francisco Bay area the last week of July of this year.  Read about our adventures and eats during the first half of our trip here - Silicon Valley Eats and Treats.  Now I'll pick up when we get to the City by the Bay.....

We have been to San Fran once before together back in 2010, and I also have been with my family when I was around 20.  So we tried to do things and see parts of the city we hadn't before, and then also go by the spots worth seeing again (the sea lions! Golden Gate Bridge!).   Our hotel was near Union Square, so we set out to walk to North Beach and end down at the Embarcadero near the Pier 39 sea lions.  The main street we walked on was Columbus Avenue, veering on and off in North Beach to check out some cool Italian eateries, stopped for coffee, visited a park, and caught some great views of Coit Tower.


Video Time - Made it down to Pier 39 - can't get enough of these guys! Nice views of the Bay and City too, so was a good place to hang out!


Cue Otis Redding singing "Sittin' on the dock of the Bay, watching the tide roll away....." 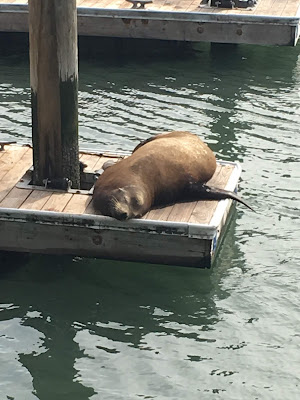 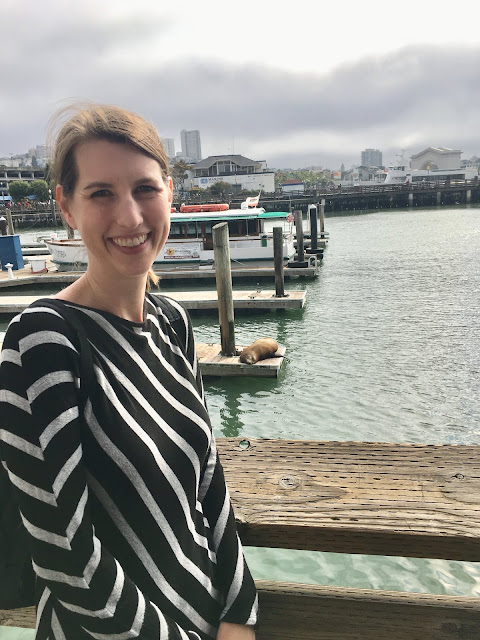 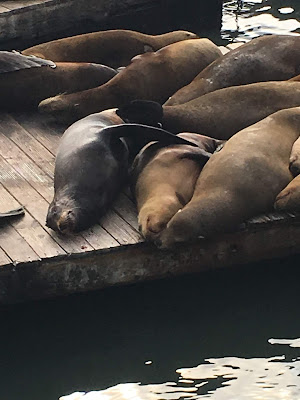 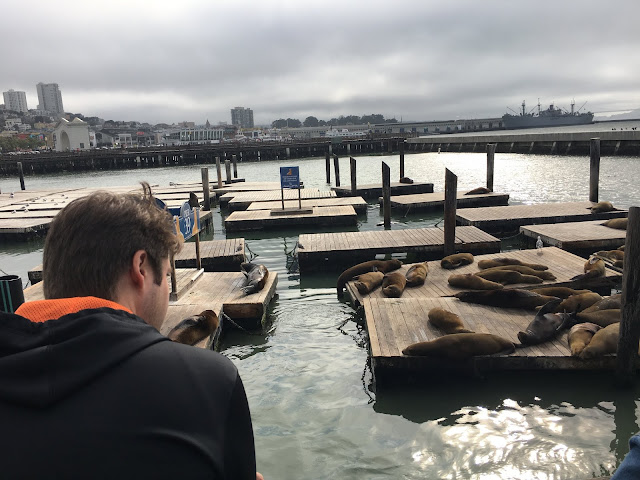 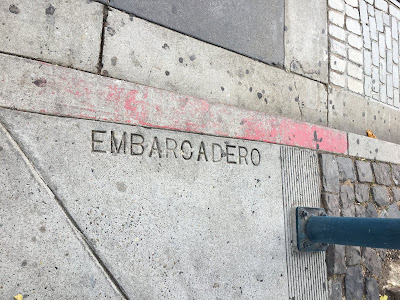 Time for dinner.  We head over to the Mission District for some tacos at La Taqueria.  This place has won tons of accolades, is cash only, was crowded, and the food was spot on!  Excellent choice! 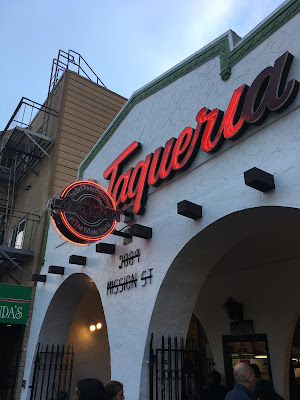 After dinner we walked to another area still considered the "Mission District" but a few streets over and what seemed like a world away (Mission Street itself is not the greatest area in the world to be walking around, FYI).   If you are keeping score at home, we walked from La Taqueria on Mission Street West to Valencia Street, then headed North to what seemed like a pretty hip area.

Nothing like walking to work up an appetite for ice cream!  Not just any ice cream, but Smitten Ice Cream, made to order using liquid nitrogen.  The nerd inside me freaked out, so yes we had to stop.  Plus it's ice cream. Who can resist. 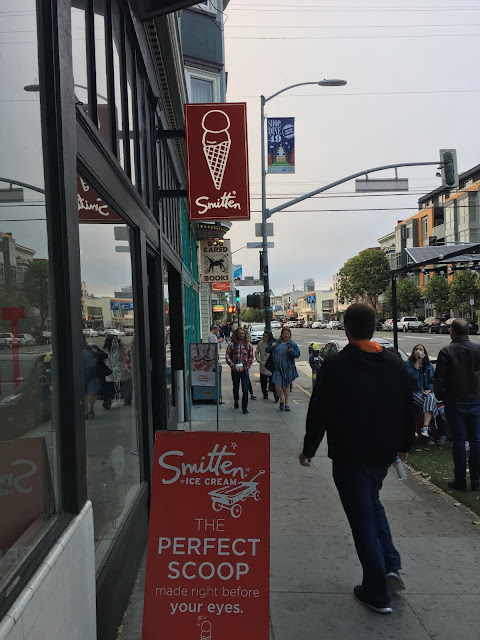 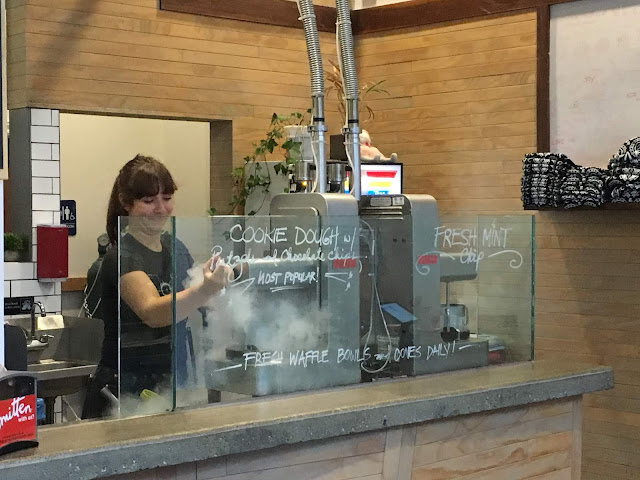 My only critique of Smitten Ice Cream shop are the spoons.  I mean seriously could they have been any smaller?  Zac's opinion was the smaller the spoon, the more expensive the ice cream..... 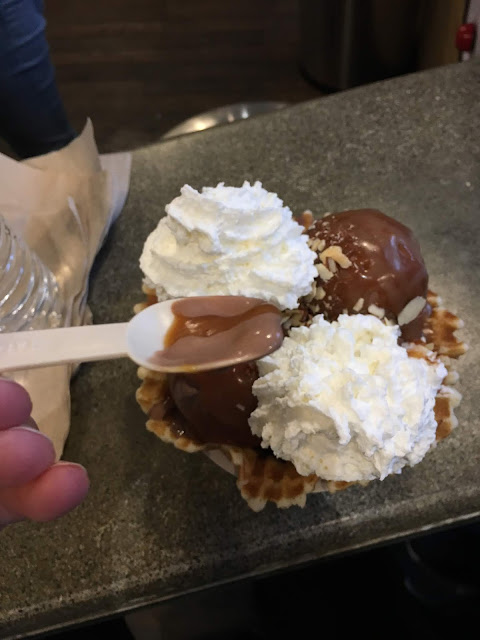 And that my friends was the end of our first day in San Fran.  We walked around some more and then Uber'd to the hotel so we can rest for a full day of adventures on Saturday!  Stay tuned for the best Baseball Stadium food in the US (seriously, the choices are insane),  me eating figs on the street, and signs of hobbits living near the Golden Gate Bridge.....