Sauteed Salmon with Leeks from Bouchon Cookbook by Thomas Keller

I received Thomas Keller's Bouchon cookbook as a gift (what a great gift!), and this is the first recipe we've made from it.  Tonight my husband and I made this dish, and with it our first beurre blanc sauce.  Oh the sauce! And the leeks! I've had leeks before but they were not as memorable as these.  Below is our progression of cooking one of the most refined dishes we've ever made. Oh, and I highly recommend putting Bouchon cookbook on your wish list! Must have cookbook for sure. Looking forward to making more of the recipes.

Posted by Barbara at 8:22 PM No comments: 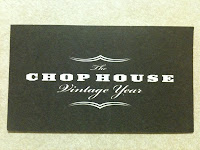 Last night we went to The Chophouse at the Vintage Year in Montgomery, AL for dinner with family for a birthday celebration.  We were very impressed, this was our second visit since the restaurant changed to The Chophouse (from The Vintage Year) a couple years ago.  We all ordered appetizers, which included:  Tuna spring roll with a wasabi and kalbi sauce, Fried Oysters with Caper Aioli, Poached Farm Egg, and Tobiko, Lobster cake with a remoulade sauce, and a take on fried chicken a waffles using a fried quail breast and a rice and pecan waffle.  We all had a taste of each (except I skipped the oyster), and all were delicious! Next time I will probably order the Lobster cake, although the quail and waffle dish was fun to eat!


For our entrees we ordered: Bone-in Ribeye, Pittsburgh style with a side of white-truffle cheddar mac and cheese and garlic mashed potatoes, two of us ordered the seared sea scallops on a bed of risotto (excellent!!), with sides of the mac and cheese, sweet potato bacon hash, and asparagus with balsamic and Hollandaise sauce. The last entree was the fish of the day, Grouper, Parmesan crusted on a bed of orecchiette pasta with nicoise olives and artichoke hearts. Everyone enjoyed their entrees and would order again. My favorites were the sea scallops, they were very large, cooked perfectly, and melt in your mouth tender.  The Parmesan crusted Grouper fillet was a large portion, again cooked to perfection!


We all had dessert, trying the New Orleans style white chocolate bread pudding, the vanilla creme brulee with an almond tuile and raspberries, and the chocolate roulade with Grand Marnier and whipped cream.  Glad we saved room for dessert!


All in all we had a meal close to perfection on all counts.  We will definitely return, especially if restaurant.com continues to offer great deals on gift certificates! Thank you Chophouse for a wonderful evening of delicious and elegant fine dining.

We recently bought dried squid ink pasta at EarthFare. Made it tonight with sauteed shallots, garlic, onions, and mushrooms with a butter-olive oil sauce, fresh thyme and parsley. Served with roasted asparagus and Sister Schubert rolls. 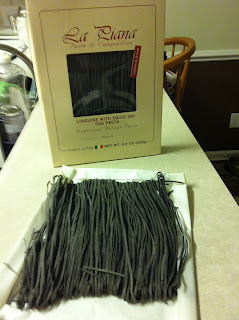 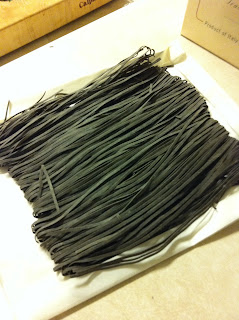 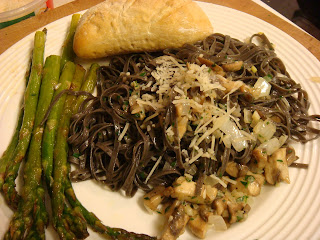 Posted by Barbara at 8:17 PM No comments: 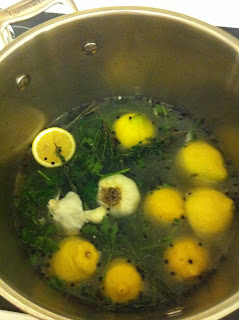 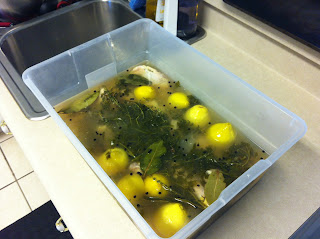 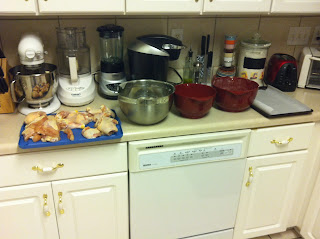 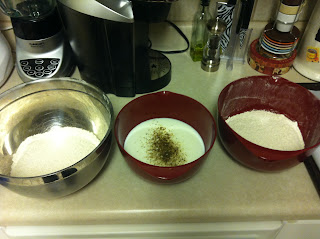 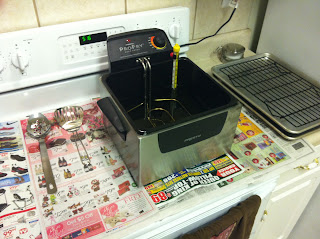 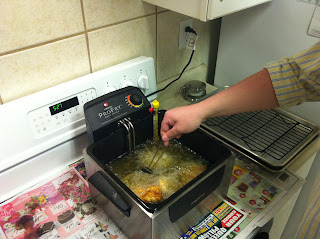 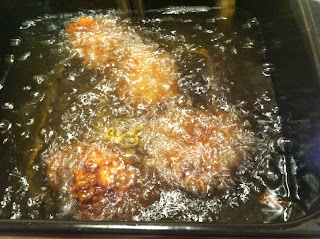 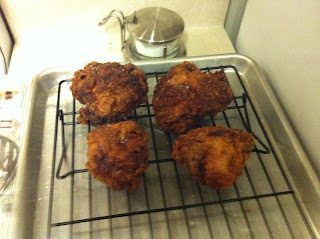 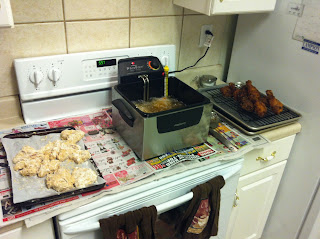 Posted by Barbara at 2:38 PM No comments: