Back in march of this year (when it was still nice and cold outside) we made Welsh Rarebit.  I had heard of this, and like many people thought it was rabbit and didn't sound particularly appetizing.  But then, the magazine Cuisine at Home (if you are only going to get a couple food magazines, get this one!) featured it in their April 2012 issue with a full page color photo of this crusty piece of 1-2" thick toast with a thick cheese sauce and roated tomatoes on top.  I was hooked!  Plus, the cheese sauce has beer in it, and I love the combination of beer and cheese in food. I couldn't find the recipe online, so order you a copy of the 2012 Cuisine at home magazines (you can do that online) and get cooking! 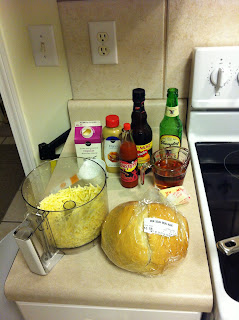 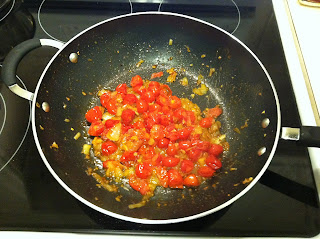 Top bread with cheese sauce and put under the broiler.  Should be more brown than this, next time I'll leave it in longer. I couldn't resist the smell and was ready to eat! 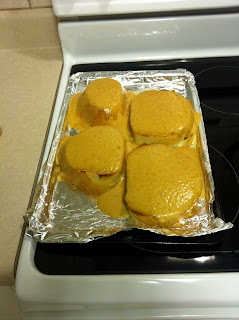 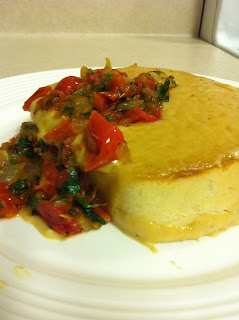