Recipe courtesy Food and Wine magazine, posted below. The recipe has alot of steps but is well worth it! This is seriously my new favorite soup. Made recipe exactly as directed with no substitutions. Added some home-made croutons on top, thanks to Zac. Used the leftover challah bread from breakfast casserole I made for Christmas Eve with Zac's family. 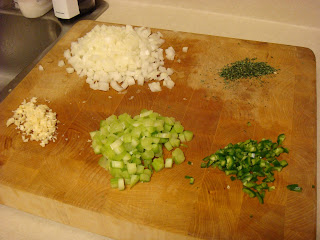 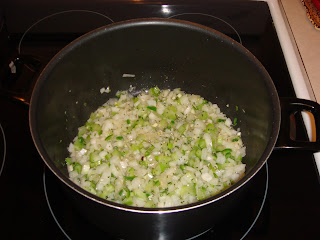 I cooked the bacon, removed from the pan along with some of the fat. Next we sauteed the vegetables, garlic, and thyme in remaining bacon fat. 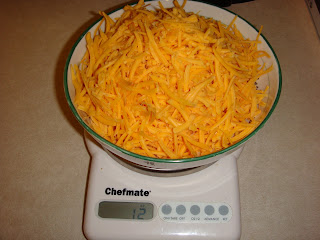 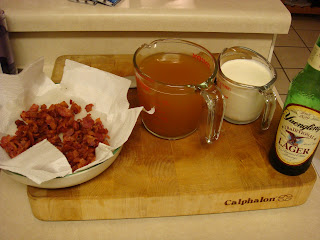 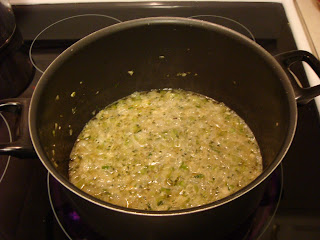 Added half of lager and stock to pot to reduce 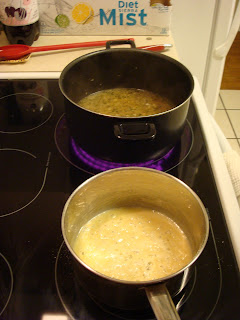 Zac making the roux, almost ready to add to the soup 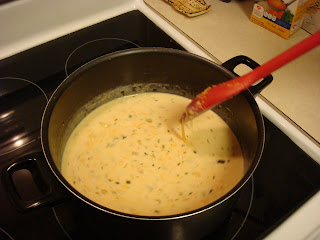 Cheese, bacon, cream, and remaining lager have been added. It's almost ready! 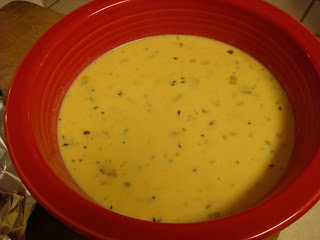 The cheddar soup can be refrigerated overnight. Rewarm gently and thin with additional broth.
Posted by Barbara at 8:13 PM